How do I use the CalcGen Generator? Print

The CalcGen Generator calculates the result of an equation using up to five variables. Variables can either be constant values or references to other Attributes.

The following parameters may be configured for the CalcGen Generator. Items with an asterisk* are required.

Example 1: Using an Equation to Add to Values: Regular Pay and Overtime Pay

For this example, five Attributes have been added to calculate the regular pay, overtime pay, and total pay for individuals.

The RandomGen Generator has been configured for the hours Attribute to generate the number of work hours ranging between 1 and 80. 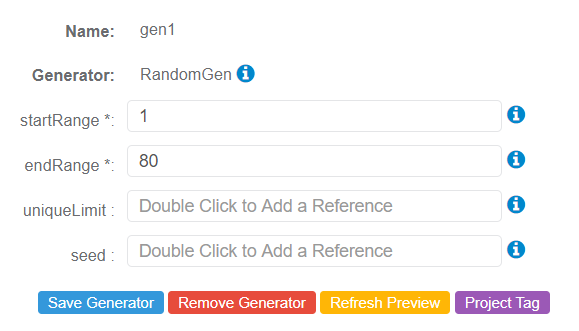 The RegularPayGen Generator is used to configure the regular pay based on the number of worked hours. For this configuration, the hours Attribute is referenced by the hoursWorked Parameter. 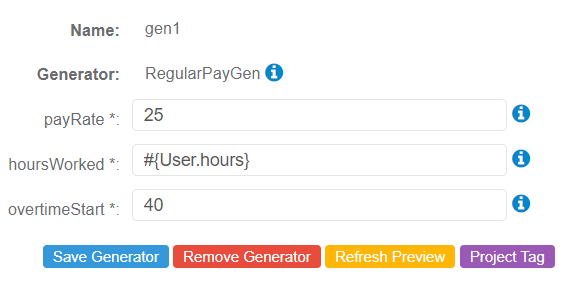 The OvertimePayGen Generator is used to configure the overtime pay based on the number of hours worked over the standard 40-hour work week. For this configuration, the hours Attribute is referenced by the hoursWorked Parameter. 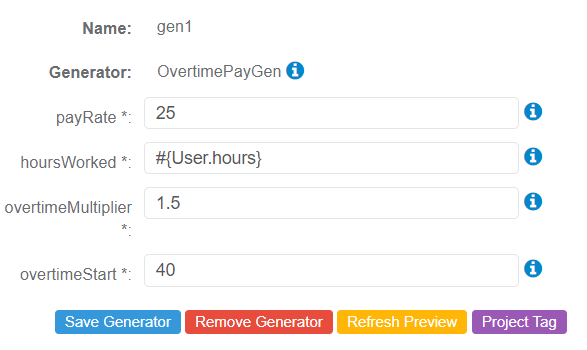 The CalcGen Generator is used to add the regular pay and overtime pay values together to determine the person's total pay based on hours worked.

For this configuration, the following has been configured:

The following video can be used to see a quick tutorial on how to use the CalcGen Generator: