What is the GenRocket Partition Engine? Print

On a given computer, depending on the number of CPU Cores, Memory and Operating System (OS), GenRocket may generate between 10,000 to 15,000 rows of test data per second.  If we base our calculations on the idea that GenRocket is running on one very slow computer, then the following test data generation calculations can be approximated:

As seen from the approximations above, generating test data greater than 10 million rows takes far too much time. Thus, depending on the number of instances partitioning and generating test data across multiple servers, it is possible to drastically reduce the amount of time to generate said test data.

The diagram below shows one local computer, running multiple partitioned GenRocket instances, writing to the local file server under the root directory, server1.  Each GenRocket Partitioned Instance has a root directory under the directory, server1 (instance1, instance2, and instanceN).  Under each instance's root directory, data directories are dynamically created and numbered (e.g. data1, data2, etc) to store files, also numbered (e.g. file1.txt, file2.txt, etc), that are dynamically created during test data generation. Each file will store a finite set of rows (e.g. 10000) before the next file is created.  Each data directory will store a finite number of files (e.g. 500) before the next data directory is created. 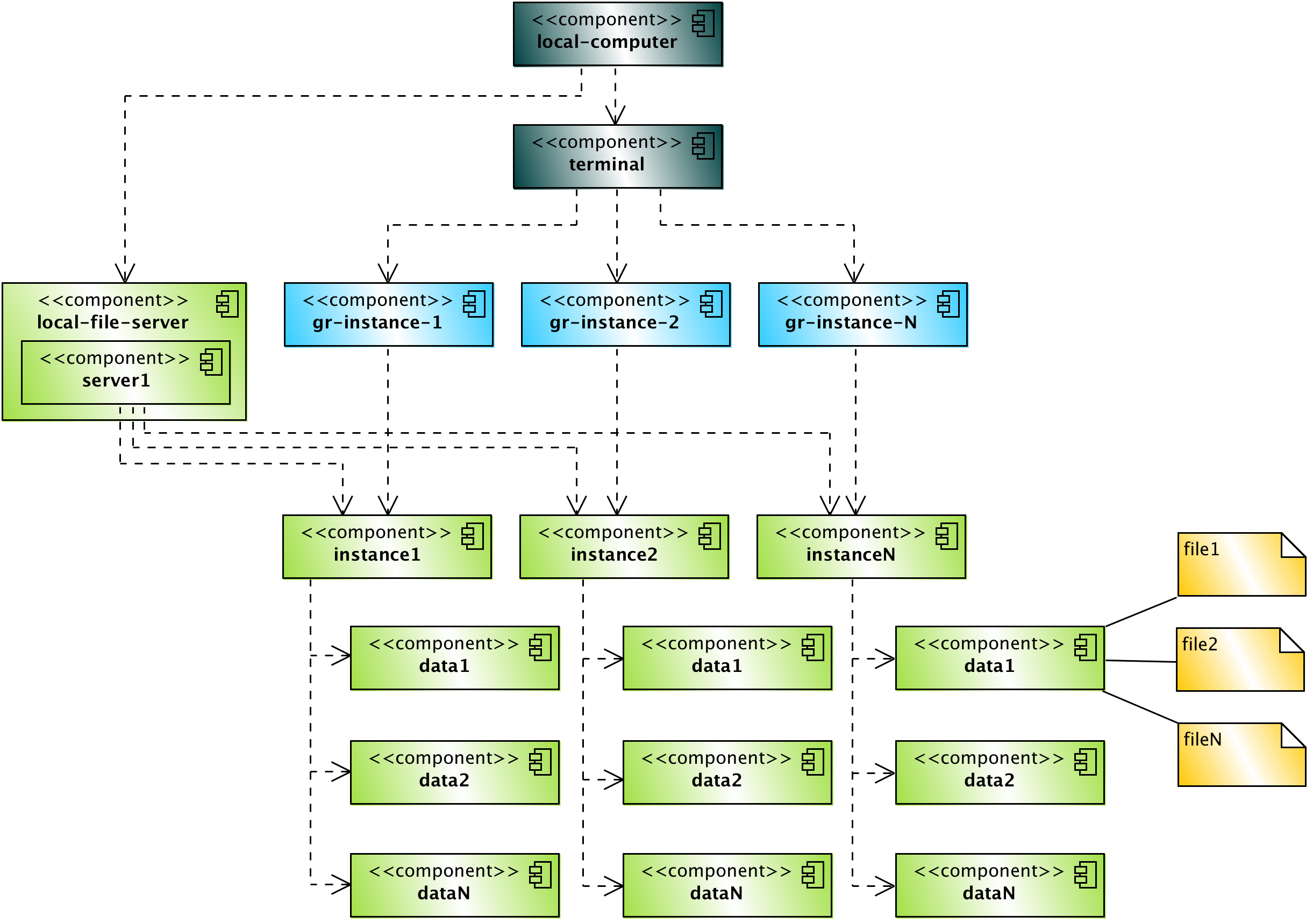 The diagram below shows multiple servers, running multiple partitioned GenRocket instances, writing to a share Amazon S3 file server with each having root buckets of 1 through N. 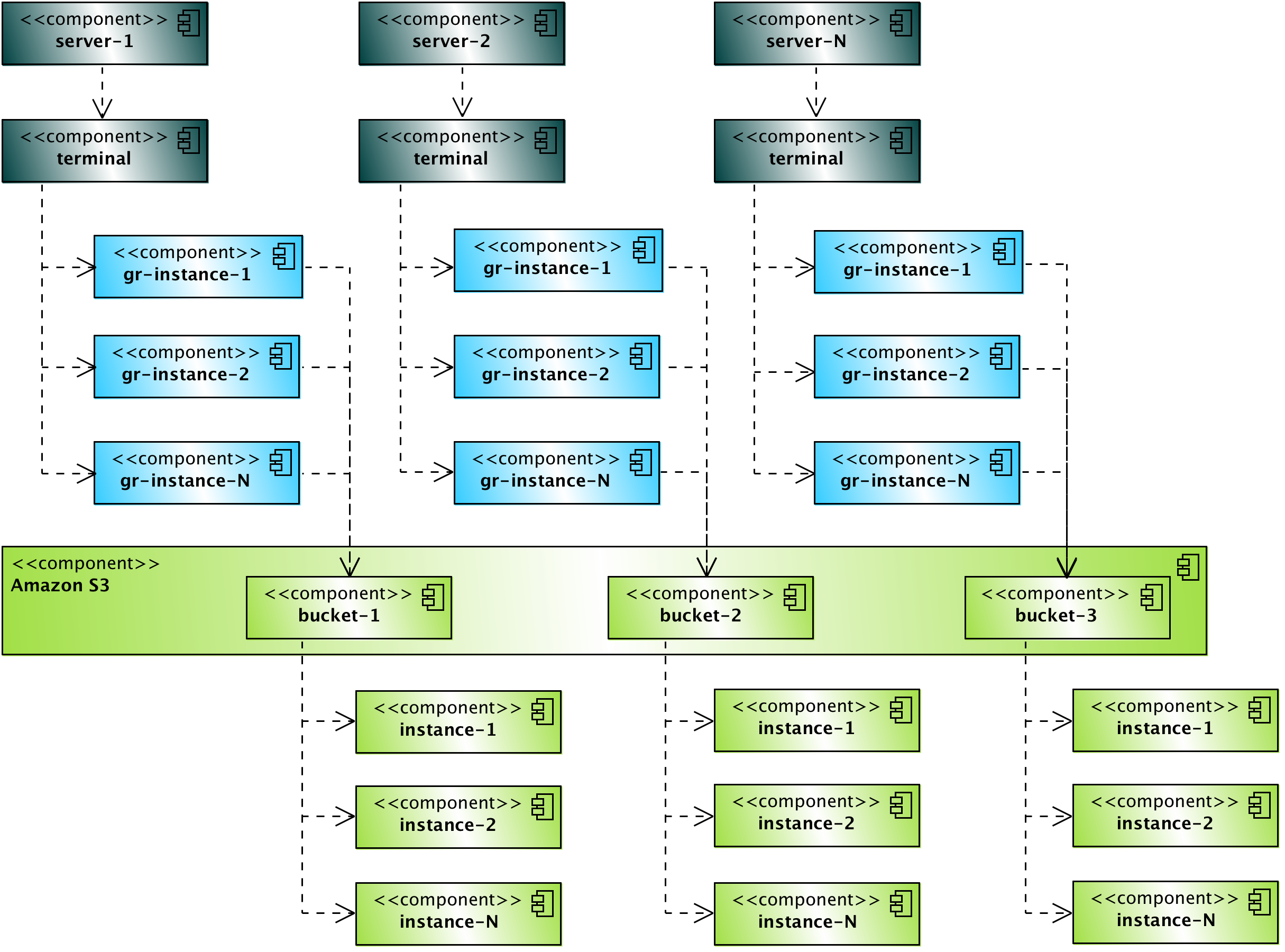