Depending on how parameters are set on a Genrocket Generator, each time a GenRocket Scenario is run, that Generator will produce that identical test data each time.  For example, if a User Domain, containing an Id Attribute, using a RangeGen Generator whose startRange parameter is set to 10000, then each time a Scenario, containing the User Domain, is run, it will start generating the Id at 10000.

Getting a Scenario to perform this way is done by saving the Scenario's state at the end of each successful run.  If the run is not completed successfully, the state will not be saved.  Thus, a Scenario can be in either one of two states: 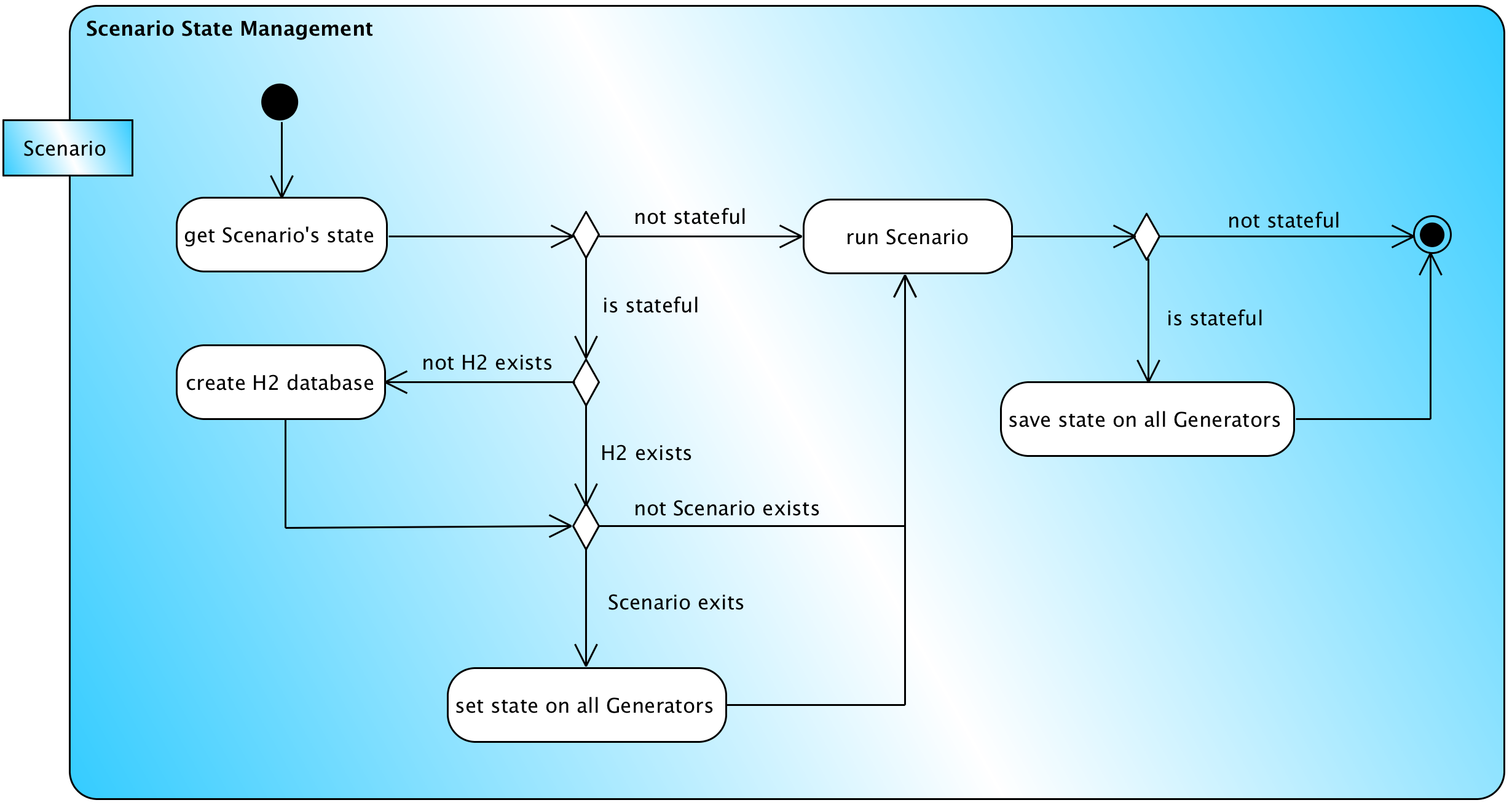