It is possible to configure stand-alone GMUS servers over a private network by making changes in the /etc/hosts file and adding an entry in the networking device (router).  To run the GMUS on the system acting as a server, the following configuration steps are required:

Within you /etc/host file, make the following modifications:

Note: You don't have to use, gmus.genrocket.com; it's just an example.

The following image show the secured GMUS launch on port 9010.

Make a rest call via a secured protocol from any server, to the GMUS server.  Use the ubiquitous Advanced REST Client application. 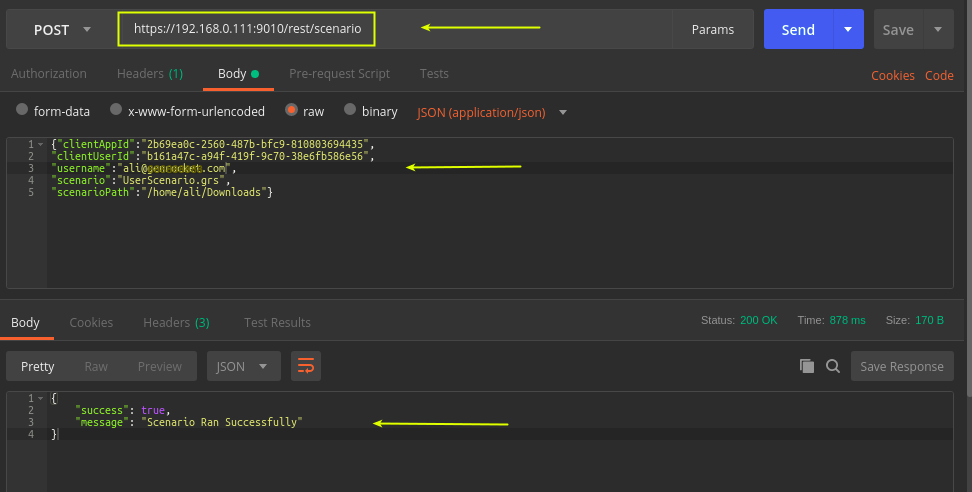