A Tester wants to use GenRocket to populate two database tables with synthetic test data, a User table and an Address table respectively.  The User table is the parent of the Address table, which means an Address may not exist unless it belongs to a given User. The Tester also wants the User and Address tables to create their own primary keys and not have GenRocket create them.

Since the Address table is a child of the User table, its GenRocket Scenario must assign a unique user Id to each Address to guarantee referential integrity between a User and an Address. However, within the Address Scenario, the generation of unique User Ids will follow the identical pattern as was generated in the User Scenario, as it should; but, remember, the unique user Id generated by GenRocket is not the primary Id that was stored in the user table. This is where the Test Data Mapping Design Pattern comes in to play using a concrete mapping table to map a GenRocket synthetically generated Id to a Database generated primary Id.

The Test Data Generation diagram, shown below, describes how the Mapping Design pattern is utilized to map GenRocket synthetically generated user id's to and actual primary user Id's generated by the database. 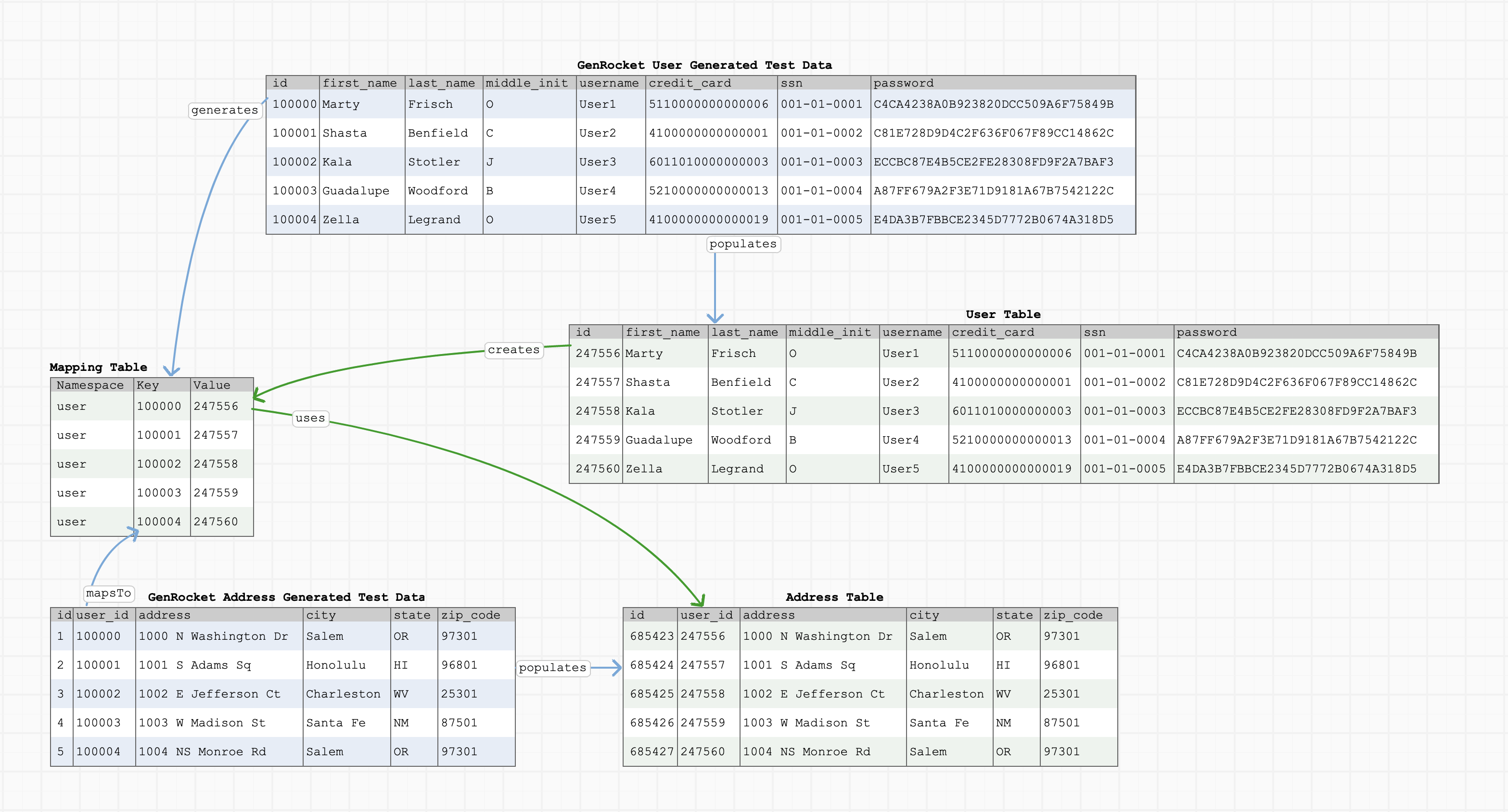 The following two stories, below, describe how the Test Data Mapping Design Pattern, was utilized during the population of both the User and Address tables, to solve the above described test data challenge.

Story 1 - A Tester wants to populate a User table

A Tester wants to populate a User table with synthetic test data with the exception of the User.id column; so, the GenRocket generated unique Id must map to the primary Id generated by the database and stored in a mapping table.

Within the UserScenario, for the given User.loopCount, the following actions are repeated:

Within the AddressScenario, for the given User.loopCount, the following actions are repeated: