Even though GenRocket is designed to run on a tester's or engineer's individual laptop or workstation, sometimes it is desirable to have users access GenRocket via a central application on a single computer.

The GMUS guards against Scenario collisions when two or more users request to run the same Scenario whose Scenario state is set to true. 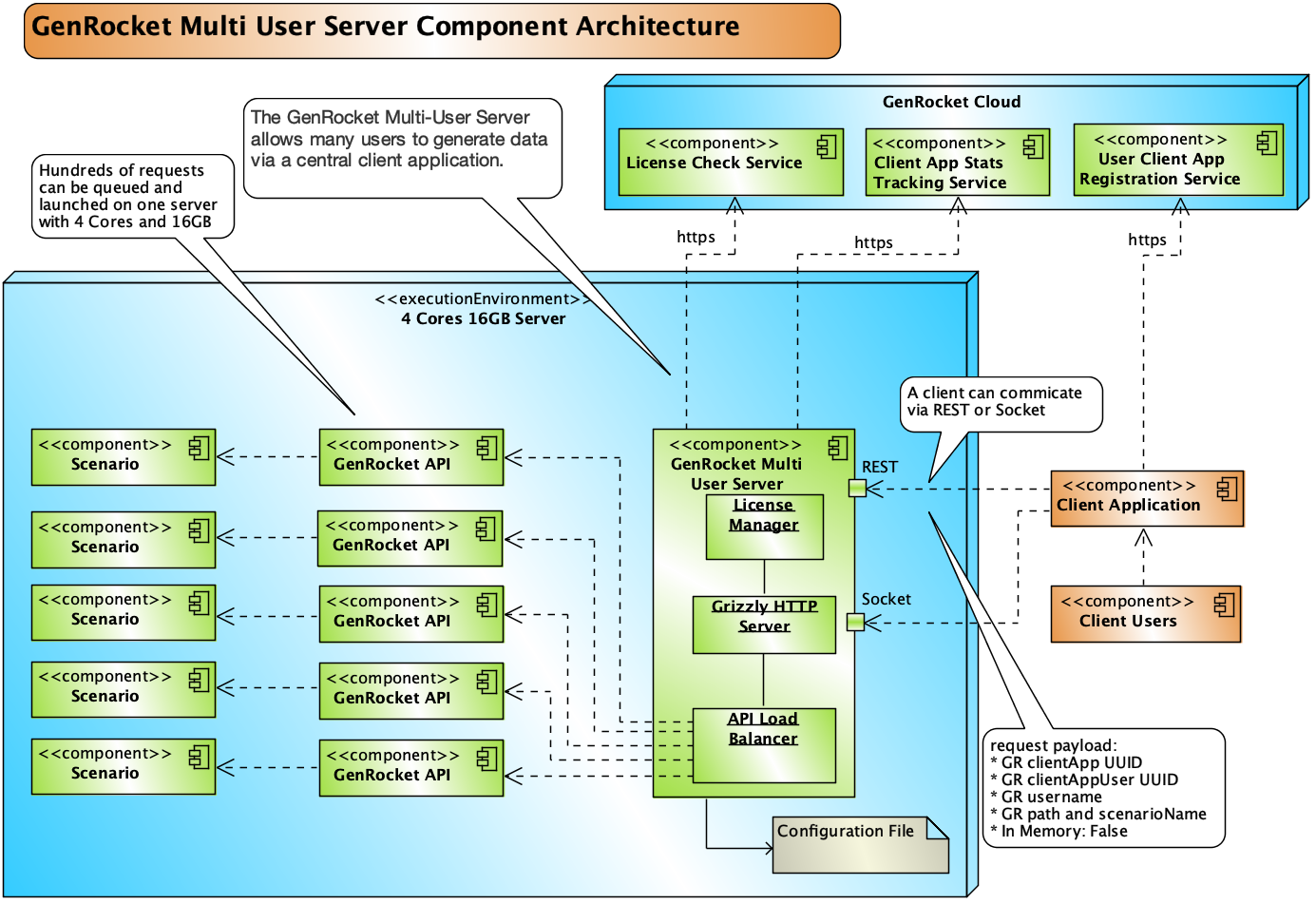 Please refer to the following article to learn more about GMUS Server Specifications: